The mating ritual of the Bermuda Fireworm (Odontosyllis ) or “glow worm” is the stuff of Bermudian legends. Many an apprehensive visitor has been dragged down to the seashore in the dark to witness the spectacle. The event happens every month in the summer on the third night after the full moon, beginning promptly 56 minutes after sunset.

The female worms appear first, swimming up from the bottom of muddy bays to make circles at the sea surface. The ladies begin to give off an intense green glow as they do this, like little marine fireflies. All this glowing, while a magical spectacle for human observers, is designed to attract the attention of the male fireworms at the bottom of the bay. Careful observers will see the small male worm shoot up to the surface to meet and mate with a circling female. Don’t blink or you will miss it!” 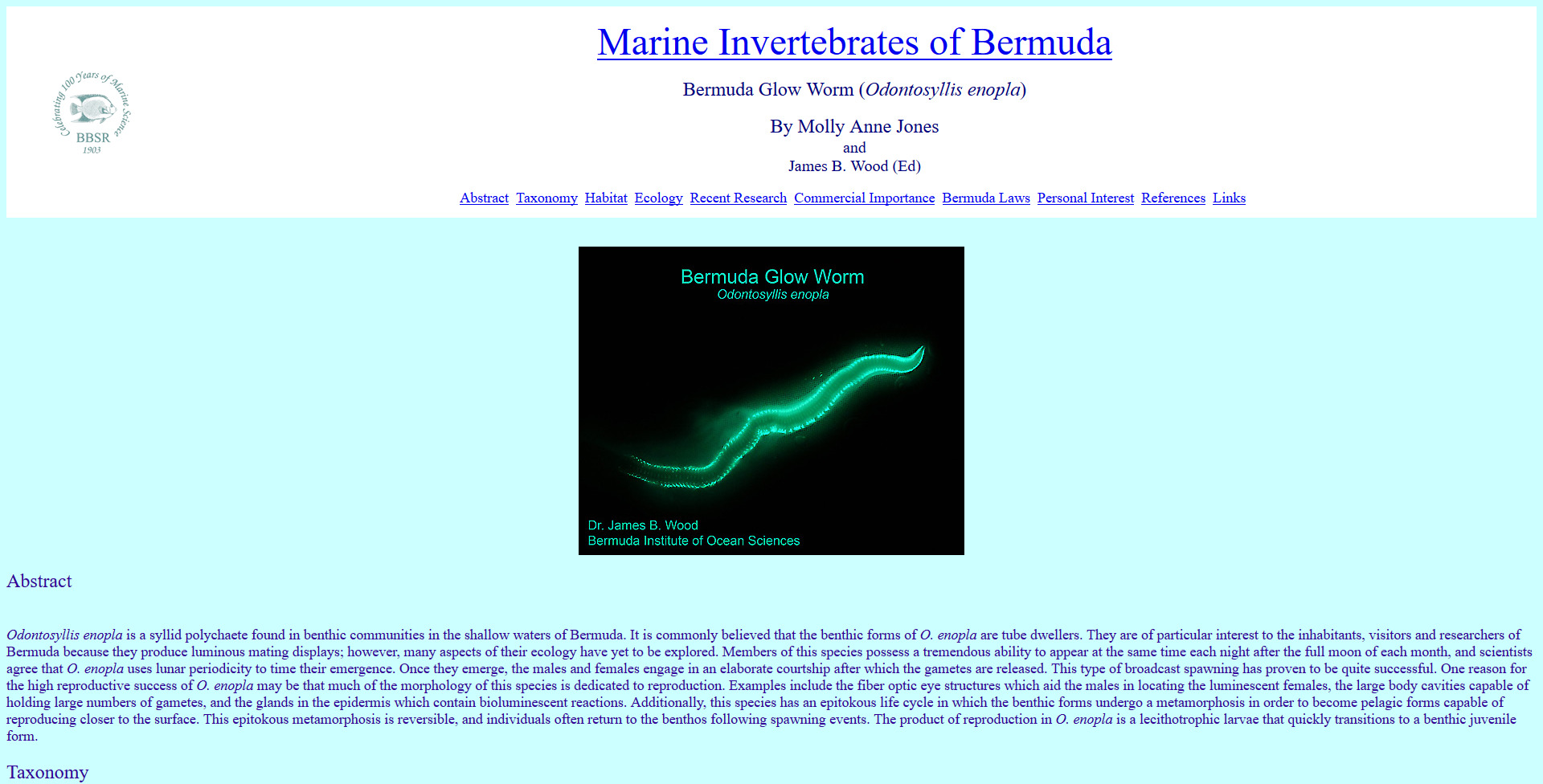 Odontosyllis enopla is a syllid polychaete found in benthic communities in the shallow waters of Bermuda. They are of particular interest to the inhabitants, visitors and researchers of Bermuda because they produce luminous mating displays; however, many aspects of their ecology have yet to be explored. 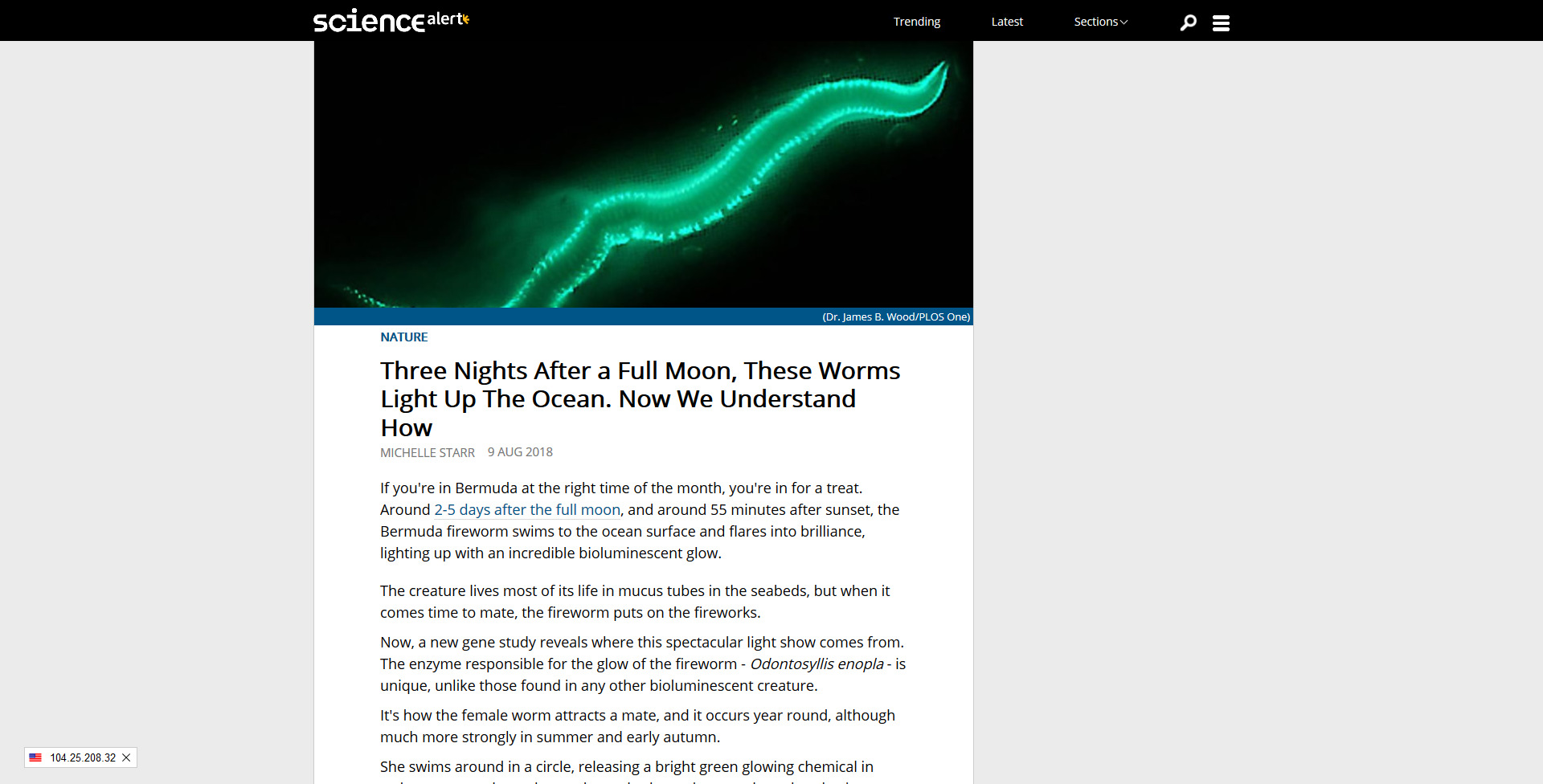 If you’re in Bermuda at the right time of the month, you’re in for a treat. Around 2-5 days after the full moon, and around 55 minutes after sunset, the Bermuda fireworm swims to the ocean surface and flares into brilliance, lighting up with an incredible bioluminescent glow. 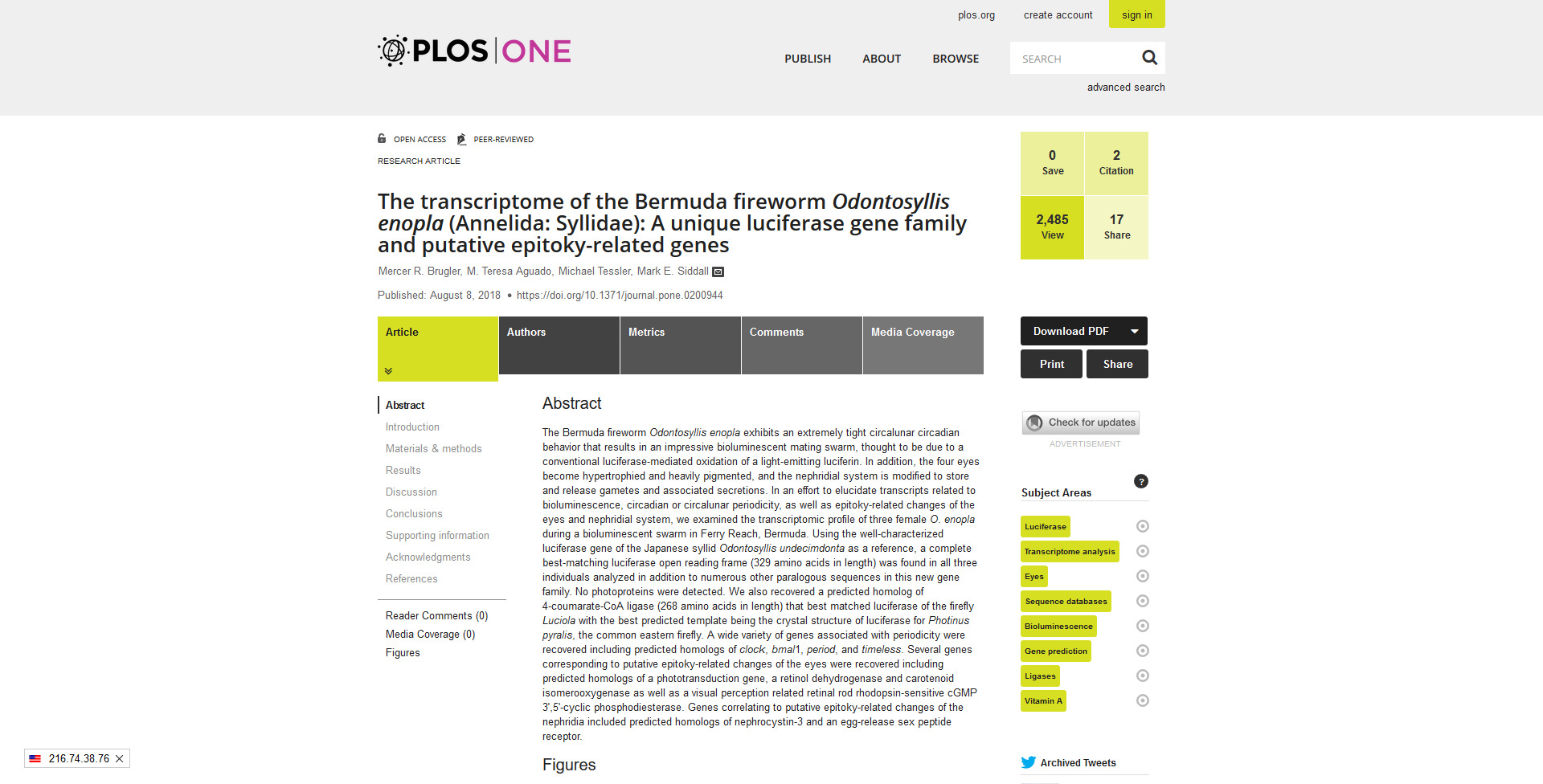